Basel is located in the Dreiländereck, or three-nation corner, where Germany, France and Switzerland come together. While other regions have cross-border transport systems, Basel has had to juggle three sets of bureaucracy, financing, and personalities. And while the system has had success, there are still challenges. WRS’s Tony Ganzer reports.

Older style trams hum along Basel’s century-old transport network just as one would expect in a Swiss city. But unlike other cities, trams, buses, and trains here have to traverse international divides.

“Basel absolutely depends on a functioning tri-national public transport system because the city of Basel sits right on the border, so there is no other way than as to overcome these boundaries,” says Hans-Peter Wessels, a member of Basel City’s cantonal executive.

He says historically cross-border tram lines were much better than today, with good-running lines to Alsace and Germany before World War 2. But the in an ever-more connected age, countries are slowly creating a new kind of integrated system.

“The borders in Europe, even though Switzerland is not a member of the EU, are thank God losing importance. So the soft issues so to speak are not so much as issue anymore,” Wessels says. “The most difficult aspects are the synchronization of the planning actually. The financing systems are completely different in the three countries.”

There has been success in the countries working together for transport issues, Wessels says: a bus service to Germany is operated half the time by Germans and half by the Swiss, for example, and a tram project from the heart of Basel to the French city of St. Louis is planned.

But Jacques Mazars, regional director for France’s railways SNCF, says there are a number of complications in making a system work.

“Finance is always a problem, not specifically for this. There is technical problems—we have material only for our country, and Switzerland for Switzerland, Germany for Germany,” he says.

“It’s a challenge, that’s the most important point. And we have three countries with three different railway systems. We have light rail, heavy rail, S-Bahn, tramways…” says Patrick Leypoldt with the Basel agglomeration program, trying to coordinate the region’s transport issues.

“There are a lot of different systems, and you have to coordinate that, and we are quite good in that, but we can do it better,” he adds. “Money is a big point, yes, but to have a concept, a true national concept, I think in the first step is much more important, and it’s complicated, too.” 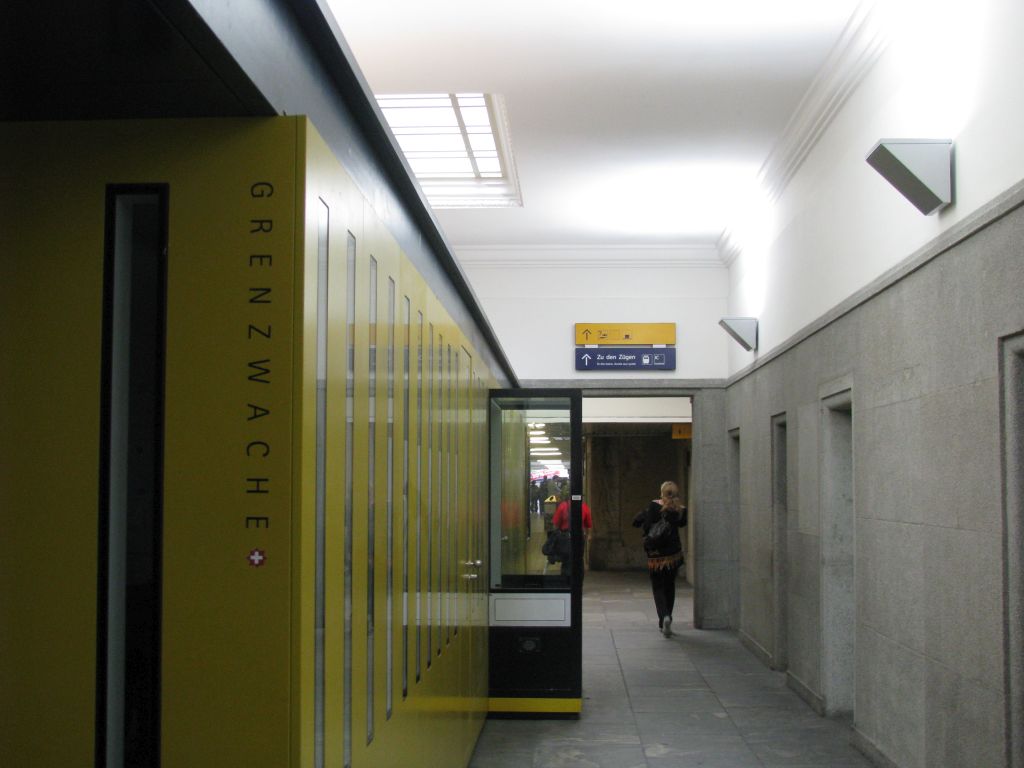 Jürgen Lange is from German national railways Deutsche Bahn. He says from the German perspective Basel has been a success, though it is unique. The infrastructure is in Switzerland, but there are three countries participating, and there is a transport bottleneck here. He says the experience of rail networks here make him optimistic for the future.

Though he admits there are limitations. Deutsche Bahn has an important freight operation in Basel, which can’t be expanded much for lack of land.

“The primary concern is not money, it’s always a concern—money–but you have the same problem everywhere,” Wessels says. “And I really think it’s the political will which enables you to overcome boundaries. That’s the main issue.”

Wessels says a big issue to maintaining Basel’s transport success is coordinating the legal framework in each country. There have been successes in cross-border ticketing, but legal issues are more fundamental problems to be addressed.

In the meantime, the region is going one project at a time. In June, there are plans to link the tram rails for a new line from Basel into Germany.