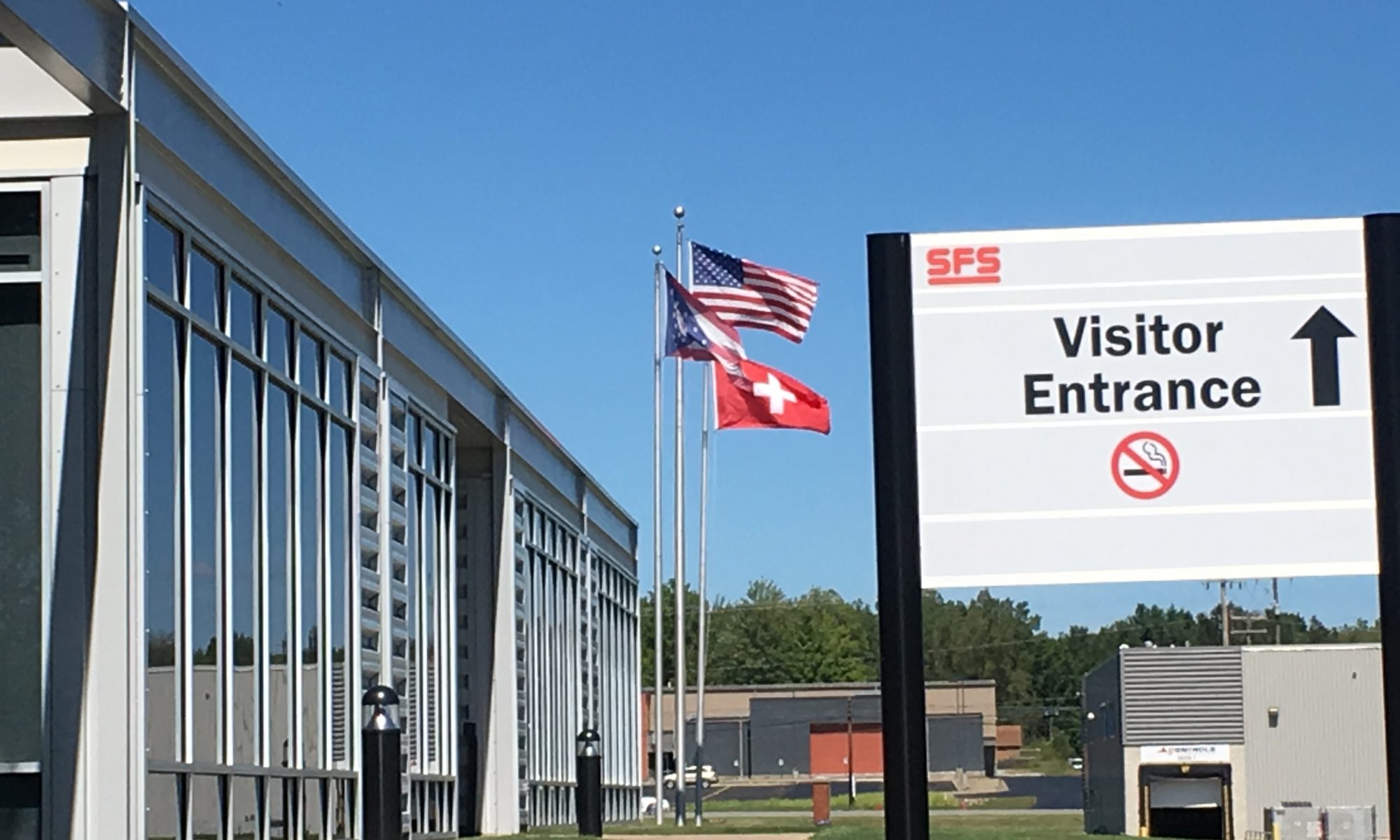 “How Swiss experience is helping the US embrace apprenticeships”
Published 23 Sept 2019 | swissinfo.ch
by Tony Ganzer

“With an experienced hand, Sara Anderson leans over to reload a truck-sized machine on the manufacturing floor of SFS intec, a Swiss firm in the US state of Ohio. Just 19 years old, she’s a student-apprentice, part of a maturing effort in the United States to build a talented pipeline of workers for factories of the future.

“It’s a benefit for us as a Swiss company to be here in the US and find a new workforce,” says Simon Schmid. He’s the general manager for the automotive division of SFS intec, which produces small but vital metal components for automotive brake systems, ABS, engines, and more in the town of Medina, southwest of Cleveland.

Coming from Switzerland, Schmid and his company are steeped in the Alpine country’s long history of apprenticeship programmes that start students training in companies as early as 15 or 16. At that age, US students generally attend upper secondary schools based around classroom work and have fewer on-the-job training opportunities.

But apprenticeships are getting a serious re-think by American companies, schools, and governments to change perceptions about vocational training. Two years ago, US President Donald Trump announced his intention to create more apprenticeships with an executive orderexternal link pledging $200 million (CHF193.6 million) in funding. However, Politico recently reportedexternal link that the initiative had not created any new apprenticeships. The US Department of Labor is still in the process of distributing hundreds of millions of dollars in grantsexternal link to “close the skills gap” between worker abilities and job requirements.”

Read the whole article at swissinfo.ch

I recognized John Kasich more from his days at Fox News than as a politician as I searched through the Davos Congress Centre for potential interview partners.

My bureau chief from Zurich and I made up a two-person team for twice daily reports from the World Economic Forum’s annual meeting, and we took turns hopping from web feeds, to live events, to demonstrations, and sometimes just walking through a convention center looking for interviews.

END_OF_DOCUMENT_TOKEN_TO_BE_REPLACED

“…Americans, just as well as Swiss, have been asking why such high prices are the norm. Some US observers think plainly, “because there’s nothing stopping them”.

Prices in the US are determined by the market, or by negotiated deals with insurance companies. The government does not impose price controls, even for Medicare patients. The full-service healthcare system of the Veterans Administration (VA) does negotiate prices, and some states have tried to link state healthcare drug costs to those of the VA, but in both California and Ohio voters have said no, largely because the issue is complicated and unclear.

What’s clear is people in both Switzerland and the US are talking about how expensive drugs are, but what’s to be done…”

Read the whole article at Swissinfo.ch