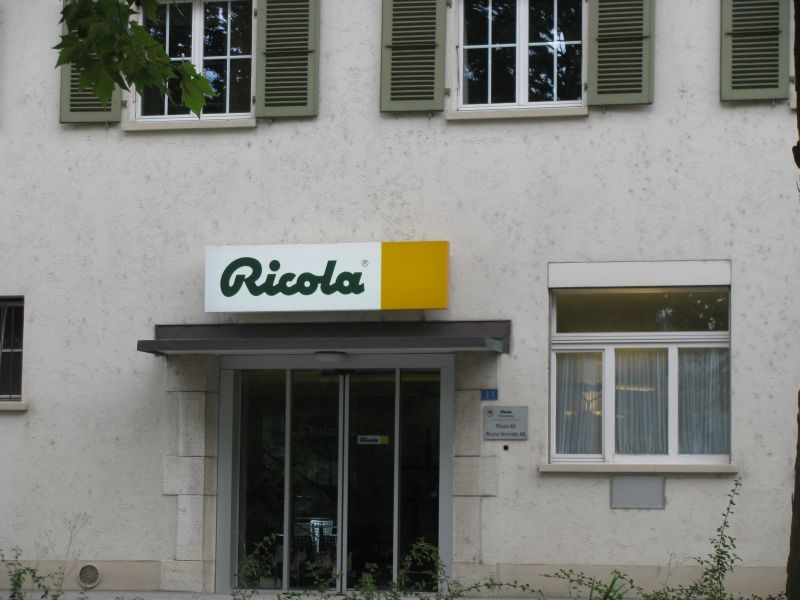 If asked to come up with industries associated with the Swiss Alps you might think: tourism, winter sports and cheese. But in the last decades another industry has quietly blossomed—herb farming. WRS’s Tony Ganzer travelled to the small village of Le Prese in the canton of Graubünden to visit one of the best established herb farms in the country—at nearly 1,000 meters above sea level:

Reto Raselli is at home in Le Prese…the place of his birth, and where he makes his living farming herbs.

He sits on a bench, overlooking a colorful field of blooming crop.  The air is always fresh around the Lago di Poschiavo, he says.  He likes to work outside, but it’s not unusual to spend long days and many hours in the fields.

Raselli has farmed in Le Prese for 30 years, growing everything from Edelweiss to Thyme.  He is one of more than 100 herb farmers in Switzerland promoting mountain-grown plants that have fought hard to grow in mountain altitude and air.

Raselli runs his hands through Lemon Thyme, and urges me to smell the faint lemon fragrance in the mountain air.  Though the scenery is breathtaking, Raselli says farming is still a hard life..depending a lot on weather and how quickly his workers fight the weeds.

Making a living as a Swiss herb farmer isn’t easy but Raselli has developed two business plans to keep him afloat.  He creates his own products and teas on his farm, and markets them to the Coop grocery chain.  But more importantly he is a member of a farming cooperative growing herbs for use by Ricola, the Swiss producer of cough drops and candies which rely on herbal ingredients.

Raselli opens a metal locker, filled with harvested thyme.  He says Ricola has single-handedly developed the Swiss herbal farming market to shore up its own supply of ingredients.  The company gives certifications, and long-term contracts to farmers to guard against bad harvests.

Raselli has machines which chop herbs into tiny bits, to Ricola’s standards, which are loaded into large bags headed to Ricola’s factory near Basel.  Farming and adhering to Ricola’s strict requirement is not easy work—in fact a recent cold-snap destroyed a large patch of Raselli’s herbs. Despite the hardships Raselli says simply, this is his life.

Are you curious to what happens to the herbs after they are harvested?  Follow the herbs to the Ricola factory near Basel, and hear how it’s done:

In a large store room, lined with bulging bags of cut herbs, I stand with a Ricola spokeswoman and our tour guide, Jürgen Maier.  He says herbs are cut and dried before making it to this Ricola factory in Laufen.  Ricola needs some 19-thousand tons of herbs produced by Swiss farmers to keep the conveyor belts moving cough drops and candies year-round.

Maier leads the way to the cooking room, where the taste and smell of herbs hits a visitor strongly.  Ricola’s herbal cough drops and candies have followed more or less the same recipe since Emil Richterich founded the company in 1930—large amounts of herbs are boiled to form a concentrated extract, just as a boiled tea bag becomes a tasty brew.  This extract is mixed and heated to form a hot substance that can be molded and stamped with a trademark R, for Ricola.

Back in the factory the mixture has been cut into recognizable cough drop shapes, but they are still soft.  They travel through a cooling machine, up to the wrapping machines…until finally being sorted and packaged for their final destination.  Company communications manager Bernard Christen says Ricola is registered as a cough drop manufacturer in Switzerland, meaning the company must adhere to strict rules about processing and ingredients.

Christen says the company is still relatively small compared to its competitors.  It only has about 400 employees worldwide, with yearly sales totaling 300 million Euros.  But Ricola’s brand still resonates with consumers.