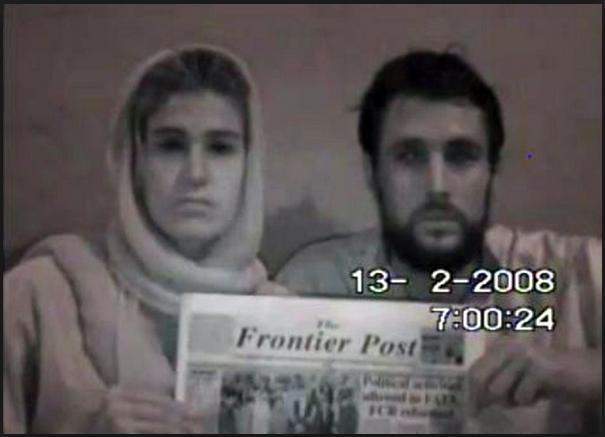 On July 1, two Swiss tourists from Bern were kidnapped in Southwest Pakistan.  Some experts guess they were trying to follow the old Silk Road in a camper, but ended up in dangerous Baluchistan—near the fractious tribal regions of north and south Waziristan.  The Pakistan Taliban has claimed responsibility for the kidnapping, and made demands in exchange for the pair’s release, even offering to sell proof they are alive.  WRS’s Tony Ganzer reports on the latest developments.

Southwest Pakistan and the border regions with Afghanistan are often described as the most dangerous, and most difficult areas for intelligence gathering, in the world.  That is why news of the kidnapping didn’t shock Saifulluh Mahsud.  He’s executive director of the Islamabad-based non-partisan FATA Research Center.

MAHSUD:  “That is one of the most dangerous areas in Pakistan, where they were traveling.  And things like that happen everyday.  Even normal Pakistanis don’t go to that area unless they have some really pressing issue to take care of.”

Mahsud is himself a native of South Waziristan, one of the FATA—or Federally Administered Tribal Areas of Pakistan.  After the Swiss pair was kidnapped, no one immediately took responsibility for the action.  Mahsud’s research center meanwhile prepared to speak with Wali-ur-Rehman, the commander for the Tehrik-I-Taliban in South Waziristan, known as the TTP.  Rehman mentioned the Swiss.

Mahsud says Baluchistan is a regular spot for tribal fighters to go to take a break from the front lines in Waziristan, regularly targeted for US Drone strikes or attacks from Pakistan security forces.

ROUILLER.  “The TTP themselves are very short on money at the moment. And they need money.”

Jean-Paul Rouiller is operational manager for the Geneva Center for Training and Analysis of Terrorism.  Both Mahsud and Rouiller say international and domestic sanctions have forced the TTP and similar groups to turn to criminal activities like kidnapping  to fund operations.  Taliban commander Wali-ur-Rehman claimed the group wanted to trade the Swiss for Aafia Siddiqui, a Pakistani scientist jailed in the US for trying to kill US officials in Afghanistan.  Her case is controversial, but Rouiller doesn’t think this was the kidnapping’s motivation.

ROUILLER:  “Even the TTP themselves know that there is no chance that Aafia Siddiqui won’t be released any time soon.  And once the negotiation is open, and once the Swiss government has made clear they will not be in a position to influence the release of Aafia Siddiqui, I think they will quickly go for some ransom money.”

On Arab television station Al-Arabiya last week images of Swiss passports were shown.  While they do belong to the Swiss couple, it is unclear where they came from, or what they prove.  In Islamabad Saifullah Mahsud says along with this, other evidence has surfaced.

MAHSUD: “One of our sources has seen it.”

TG:  Does it show that the couple is alive?

Experts reject claims from the TTP that the Swiss tourists were working for security agencies.  They say such claims just raise the stakes.

Saifullah Mahsud calls TTP commander Wali-ur-Rehman a moderate compared to other commanders, meaning he’ll probably cut a deal. It is now a waiting game for negotiations to begin and to set the price of freedom.