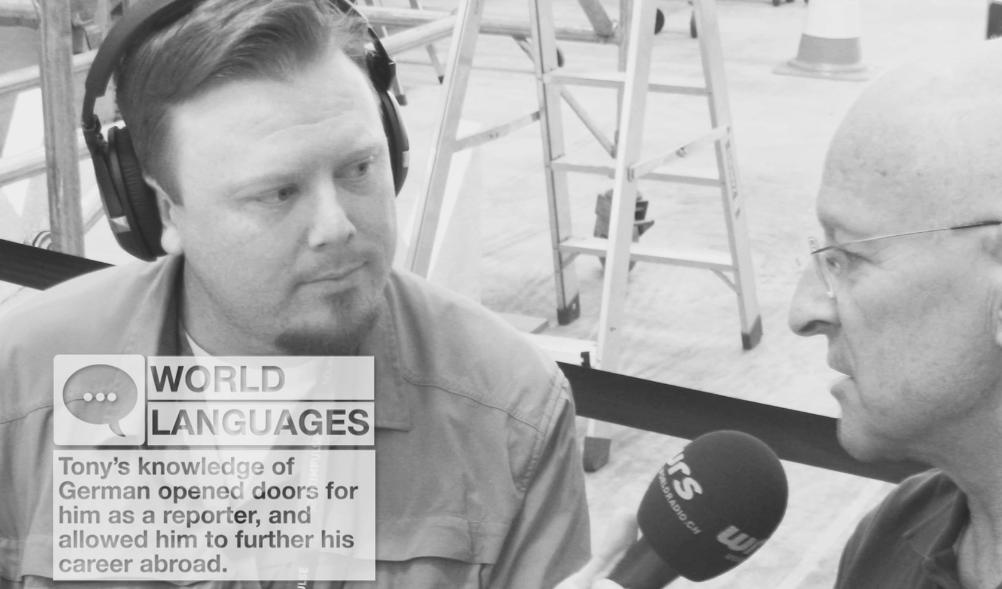 Tony Ganzer currently works as the afternoon host and producer for WCPN, but his career in journalism has taken him to some unexpected places. Tony has covered everything from tourism in Arizona, to banks in Switzerland – and has reported in multiple languages. We follow Tony’s career over several continents, and learn why journalists must often delve into the complicated world of finance.