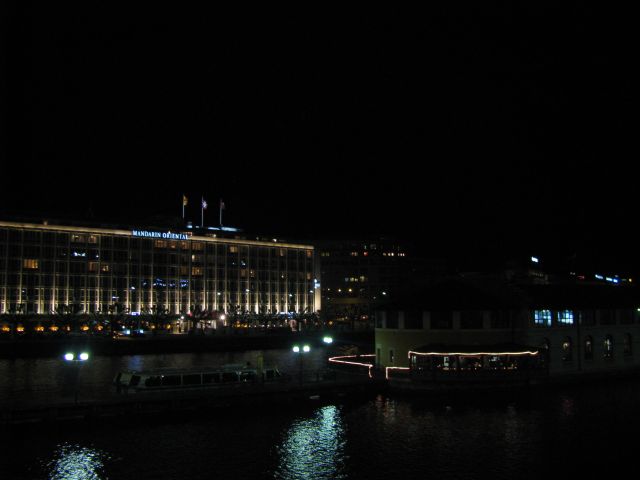 Switzerland is an interesting place.  The country has long been relegated to the role of punch-line…the neutral Swiss, the chocolatier Swiss, or the watchmaker Swiss.  Sometimes the punch-lines accuse Switzerland of just being boring.

For better or worse the Swiss have been in the news for more controversial reasons in recent weeks–namely for stolen bank data helping countries catch tax-dodgers; Roman Polanski; a feud with a curious Libyan leader; and a seemingly xenophobic referendum on not allowing Islamic minarets.  As any journalist should, I had all of these things in mind as I walked the streets of Geneva.

I never know how to say what a city “feels” like.  Some cities earn adjectives like lively, young, sleepy, rough, dirty, etc.  Despite a thesaurus at hand, I cannot make such a declaration about Geneva.  I will say it has its stuff together.

The standard of living for those in Geneva is incredibly high–ranked third in Mercer’s scale for such things behind Vienna and Zurich.  Buses and trams are commonplace, as they are in most European cities.  Interesting enough I received a free public transport ticket just for landing in Geneva airport, and another for checking into my hotel.  The streets seemed mostly clean, with much construction.  The water and surrounding mountains were amazing.

But the price for being on Mercer’s list (whoever he is) would give anyone sticker shock.  A Big Mac value meal costing about $5.50 in small town USA, runs about $7 at the Newark airport.  In Munich it would cost you €5,30 or $7.15.  In Switzerland…about 12 francs, or $11.20.  I saw a bicycle for sale in a shop window for 4000 francs…a pair of shoes for 200 francs.  I am still trying to wrap my mind around why people put up with these prices, and why the market hasn’t forced itself down.  Some of it has to do with protectionism from the government, and some of it because of…

…the banking sector.   Geneva’s banking quarter was noticeable before almost anything else.  These investment houses attract and employ high-rollers, or “whales” in casino lingo, who like to spend and feel good while spending.  I heard someone say the Swiss think a higher price means quality, and they won’t buy cheaper items.  That’s fine, I say, I will buy the cheap stuff and save for a rainy day.

Geneva is not without its problems, though.  As most large cities, Geneva has its issues, though it is still incredibly safe compared to the moderately criminal cities in the US.  Just in my time walking through Geneva I witnessed, I believe, a drug deal, and just a block from there I was propositioned by a woman, presumably a prostitute.  These goings-on were just a block from a shop selling a 200 franc pair of jeans, and another selling Cartier and Rolex watches.

Geneva is really a wonderful city, and I enjoyed my time there.  With the road-map to our adventures ever being written, much more of Switzerland could be in our cards.  And a bit of that fresh mountain air would be fine by me.

Hear the Audio Dispatch from Geneva.