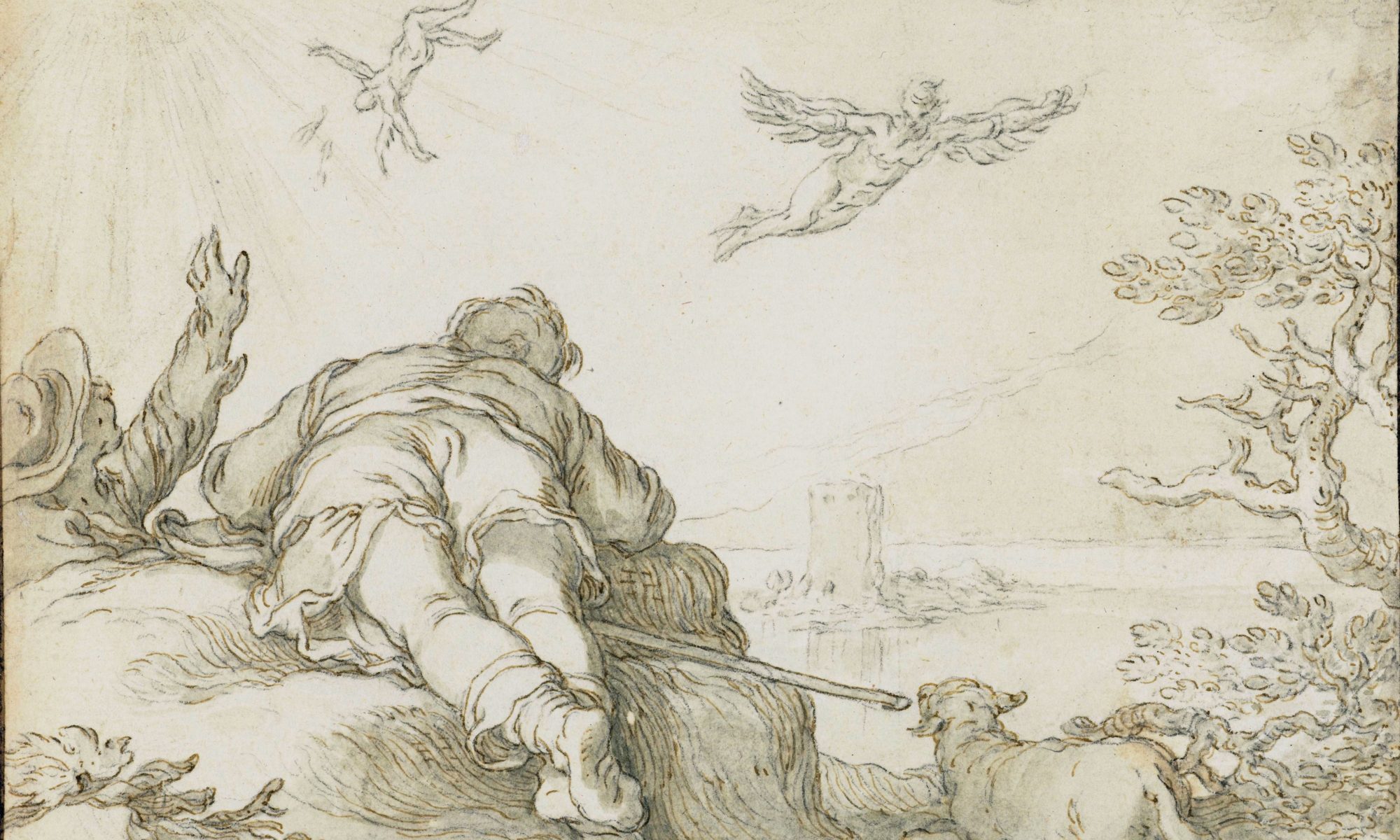 For nearly 14 years I’ve carried with me an aging reminder that there is value in striving for growth; growth in relationships, the workplace, my faith…and growth in myself.

Before your imagination runs wild I’ll tell you the item is just a bag, and not a particularly impressive one by the modern standards of bags. It’s rectangular and woven from a synthetic blend, with just three pockets with zippers (two outside, and the main one.)

I’ve carried in it my audio recording gear, books, snacks, and more, from Barack Obama’s Nobel Peace Prize ceremony, to a Ricola herb farm in the Alps, to many coffee shops (just regular coffee shops.)

When I received this bag from a week-long radio reporting seminar from The Poynter Institute, I didn’t realize the symbol it would become, and how much I’d appreciate it.

I’ve long held a desire to test myself and chart a path beyond anyone’s expectations, chiefly my own. Since the age of about seventeen an internal clarion call has warned me that time is running short.

I have to learn more.

In some young people this lust for ‘more’ can provoke recklessness, but in me it provoked my best effort at excellence. Seeking perfection is a fool’s errand, but to reach for excellence by doing the best you can, well, that seemed more realistic.

I’m not sure whether this inner alarm is a personal tick, or some offshoot of my faith, but it drives me forward with an impulse to go a little farther in search of improvement; to try one more time with a little more effort.

Crises tend to knock our priorities and senses into realignment.

After I was hit by a car while riding my bicycle in college, I was knocked into an introspective journey from which I’m not sure I ever really emerged. Being injured in a much more serious car crash last year realigned me again.

In 2007 my challenges–as anyone’s–were multifold, personal and professional, and I couldn’t even recognize all of them until much later. For the sake of discretion I can’t explore everything in a public memoir, but I’ll say that year began a string of events which made me feel that my value as a person and as a journalist were questioned.

I’ve coped with depression in my life.

I’ve coped with bullies in my life.

I have had to slay demons that tempt me to be complacent and stale.

It’s in this context that I have long sought ways to create positive momentum.

In 2007, I applied for some perspective from a public radio reporting seminar at the illustrious journalism training hub, The Poynter Institute.

As part of the pre-seminar process, I sought feedback assessments from my colleagues–a form of 360 review that everyone, especially leaders should have.

I then joined a cohort of talented journalists from all over the country to talk about reporting, the news business, and also to affirm each other in the craft of journalism.

The time in St. Petersburg, Florida provided sessions on writing styles, web research and investigative reporting, and, vitally, on reporting in under-represented communities. (Poynter called them ‘purple people,’ I explain a little about it in this.)

Most importantly I made long-lasting, healthy friendships.

I can’t in words do justice in describing the positive impact this experience had on me, but I hope you’ll understand it was like strangers had taken me by the hand to help me climb back up a mountain after tumbling.

My Poynter bag reminds me more of the climb back up, than the tumble down.

Icarus could fly too low

In the Greek myth of Icarus, we know he flew too high to the sun and melted his wings. It’s a powerful story: don’t be too prideful, or boastful, or self-confident–you’ll crash back down.

Those are useful guidelines, but this shorthand ignores the story’s other important point: Icarus was also warned not to fly too low.

I believe I first read this point in Seth Godin’s book Linchpin, and it opened the myth so much more.

If Icarus flew too low–became complacent–he would face the dampness of the sea, also causing him to crash.

So often, ambition and creativity are tamped down by status quo thinking. People are often put into boxes, and kept in them. The status quo creates incentives for stability, not growth.

This is flying too low to the water, in my view.

Without harnessing or at least acknowledging the energy around that exploration, individuals can feel stifled. Institutions can become stale.

There’s a lot of room between the sea and the sun, so we shouldn’t be afraid to use it.

Hip hop and an MBA

I always think of Icarus when listening to a favorite hip hop track: “You Know Who You Are” by Oddisee.

“Man can only go so high before he reaches where he can’t breathe,” he says, noting at the top of the competitive mountain, the air is thin.

Some people can’t walk the difficult road toward the top, and some people leave their dreams as dreams.

“Let them sleep on they dreams, you stay lying awake, you stay eyeing the cake,” he says.

People may try to convince you that your ambition is actually a dysfunction, and you could settle for “less than.” They may lie to or about you, and try to get in your head.

Your drive to grow and exceed expectations may not be in other people’s best interest, but that doesn’t mean you can’t grow.

You have to be willing to bet on yourself when others won’t or can’t.

My most recent attempt at personal and professional growth is enrolling in an MBA program in leadership and digital marketing. I see it as a chance to complement my career as a journalist, communicator, and learner, while also thinking about ways to cultivate environments that accomplish something akin to what I found at Poynter.

Oddisee uses the title of the song to reinforce lessons learned from different characters in his journey. To the ones who helped him, he doesn’t even need to say their name because they know.

The naysayers equally don’t get a specific mention, because “you know who you are” without him saying it.

He finishes the song by telling us to let those naysayers see us prevail in the end. All along the path of growth, aspiration, and the associated hardships, be sure never to forget “you know who you are.”

This final point is an important one, especially when efforts toward positive growth and momentum run head-long into paradigms that refuse to be shifted. As you’re knocked down, remember who you are, what your priorities are, and what you’ve accomplished and learned to become who you are today.

And if continuing to carry a well-worn bag helps make that process a little easier, I say carry-on.